Well... that came out exactly as planned.

These aren't final. There will be tweaks and cleanup. But I think the essence is clear. We are still having internal discussions about many of the issues covered in this post. If you have an idea you would like to see considered, please send it to ian@manuvr.io. I will reply.

These renders are of a left-handed unit, but very careful attention was given to design things to be achiral down to the last possible level. That level turns out to be the silicone casting and the textile. All digits are equivalent (aside from possibly length), and a right-handed unit simply has the digits arranged in opposing order. In fact, the unit's chirality can be changed. It will be discovered by software, and mapped appropriately. The hardest part will be replacement of the textile.

The grey regions on the wrist unit are to be milky-white silicone. The rear USB port has a plug installed, and the Manuvr logo is lit by an RBG LED for modal indication, as well as a high-power IR emitter. The RGB LED should be bright enough to see in daylight.

All purple regions are fluorescent purple silicone back-lit by UV LEDs. It should give off a nice iridescence outdoors or under fluorescent lighting. Other colors (and no color) are also being considered.

This is the USB port I chose. It is through-hole for durability, and is completely encapsulated by its housing for ingress-protection. The wrist unit should be reasonably liquid resistant without the plug, but it will be provided in case it's desired.

The wrist band is a standard 22mm watch strap. Users can substitute something fancy if they choose. There is a high-current port (not shown) near the watch strap so haptic wristbands can be developed later. This port is not exposed by default, but alternate casings can expose it, or any of the other specialized features (internal SD card, expansion port, boot-mode buttons).

The digits have strain relief immediately inside of the casing, and are cast in silicone all the way back to their gasketed interface at the wrist unit.

The digits are individually replaceable for less than $40 (target). They ought to be durable enough to withstand many insults, but sometimes bad things happen, and we don't want to force a unit replacement because a digit got snagged. Indeed, the glove ought to continue operating with a trashed digit, causing only the loss of the damaged area. Digits are also hardware versioned, so design changes can be detected at runtime.

We have a choice to make

...would be as depicted. Silicone finger cups at the end of each digit, and a light-weight poly-blend fabric of some sort to hold the metacarpals and the PP1 (proximal phalanx, digit 1) sensors. 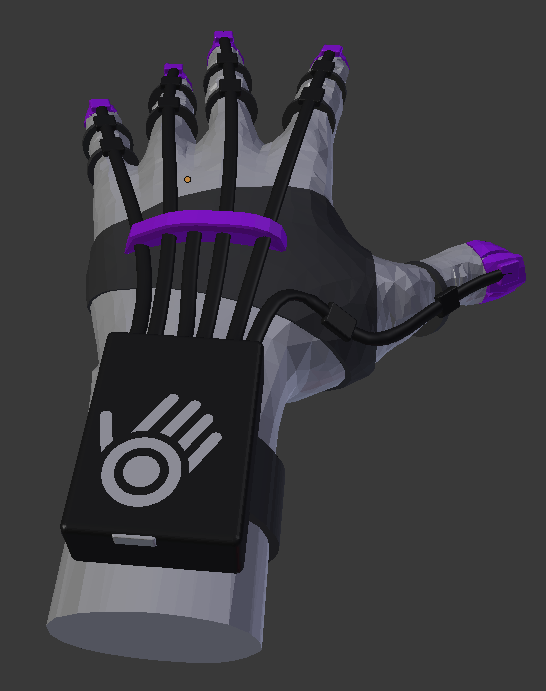 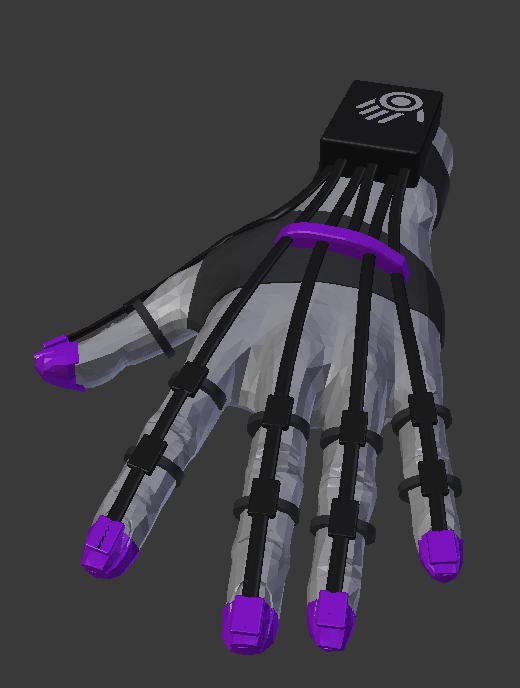 ...would come with a special glove that these assemblies fit into. The glove will likely be easy for a user to make if they want to use a custom textile of their own, but if we offer a version to be used in this manner, we will ship it with what we consider to be an ideal glove.
The textile is not shown in the renders. Note the absence of finger rings and cups. This is the only difference. 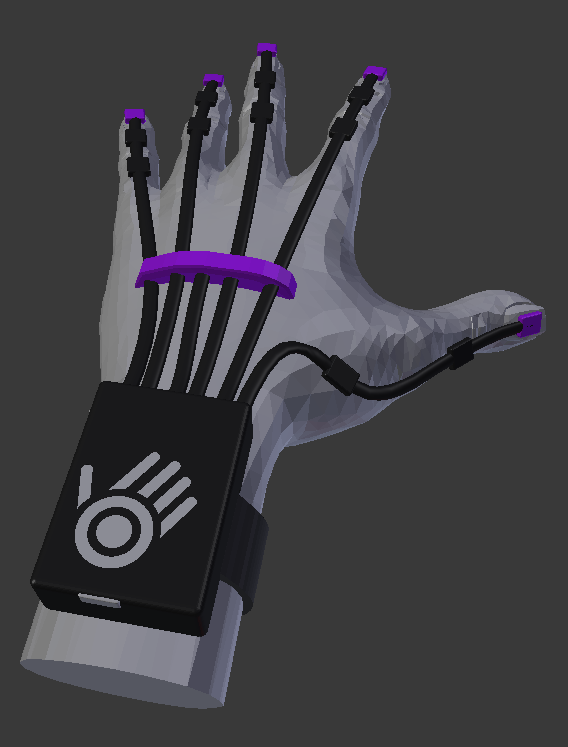 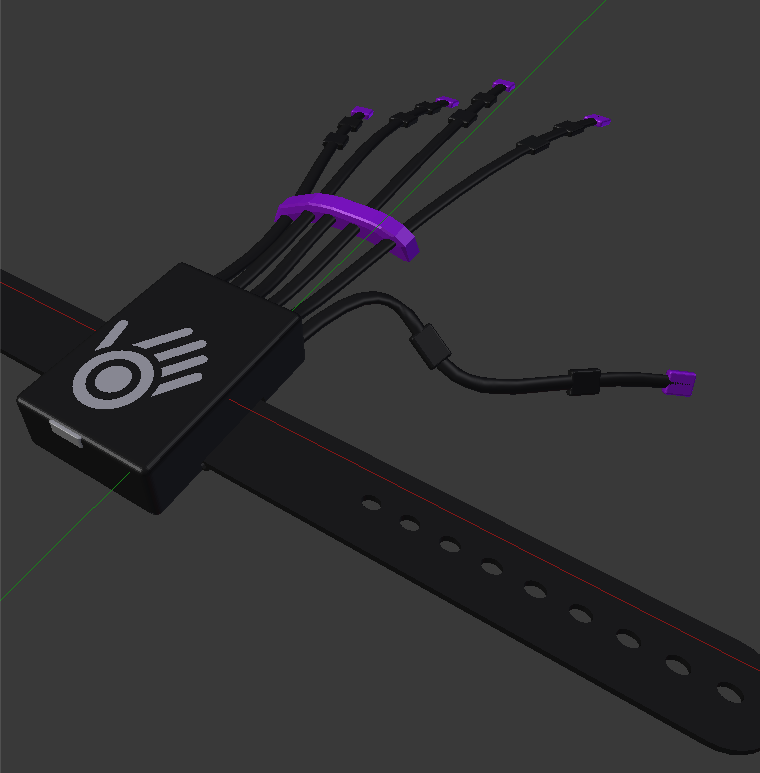 Please let me know if you want something that isn't covered.

This is the second post in a series of posts detailing the rationale for design choices in our motion capture glove. I will try and anticipate questions that informed users will ask. But

This will eventually become part of the user's manual, or be put in a documentation folder someplace. But for now, you can see it on the blog. :-) The identities of the pins